A long and unnecessarily wordy version of this title could be something like “GNOG is a psychedelic and musical experience that involves opening up boxes with faces on them”.

Okay, let’s back up a bit and break that into three categories: gameplay, visuals, and audio. As a side note, I think this is the first “proper” review I’ve done in quite a while.

In GNOG, you are given a locked puzzle box and you have to open it. This involves playing around with various buttons, levels, switches, etc.

This game was my personal first attempt at something like this (but I’ve watched a ton of Chris Ramsay videos, and that counts for something, right?), so I don’t have a proper comparison for this game vs. real life puzzle boxes or this game vs. other similar video games. Because of that, this was a really interesting and unique experience for me.

Each box has a front side and a backside, with the backside generally being where most of the puzzle solving is. It’s very easy to swap between the two.

In the images above, you can see some of the interactive pieces. When playing, the many interactive pieces are clearly marked out when you mouse over them. I think this makes the game very satisfying to play. Maybe it’s just me, but I felt a small joy tinkering with each box and unveiling new parts of the puzzle. A large part of the tinkering experience involves the visuals and audio as well, so I’ll try and discuss that later on.

One Steam review I read compared this game to being in the toy isle of a store and I’d agree with that.

I found all the puzzles fairly interesting and clever. There’s nine different levels you unlock as you complete other ones, and they each have a fun and unique theme. This one is a submarine, another one is a spaceship, another one is candy themed, etc. I think the levels are designed quite differently from one another, which keeps the puzzles interesting. I didn’t find any of them to be repetitive. I also found them to be decently challenging but I wouldn’t consider this a difficult game. They felt like more “exploratory” puzzles where you have to find things hidden about and mess around with stuff until all the pieces click.

Unfortunately, there is a big complaint I have that killed some of my enjoyment. In the screenshot above, I’m moused over a wheel that needs to be spun. It scrolls through the screen above it, symbolic of the “submarine” descending downwards. I found this task to be impossible to do with a mouse. I don’t know if I was doing something wrong, but spinning the wheel with a mouse was very finicky and I was unable to finish this puzzle. When I swapped to a controller, the game became playable again. If anyone’s tried playing this game with a mouse, I’d appreciate your thoughts on this matter.

Earlier, I described this game as psychedelic. Visually, this game is colorful, wacky, and chaotic. I loved the art style a lot and I’d consider it to be surprisingly beautiful. It’s a very distinct art style. All the levels have their own themes and a wonderfully designed box to go with it. Each level feels similar and different at the same time.

The interactive pieces generally have some visual cue to show their importance. There’s also usually a cute animation for when you’ve found something or you’ve solved a piece of the puzzle. The game does a good job of letting you know you’re heading in the right direction and as a player, that feels good to see.

I found the animation in this game to be really smooth and clean, which still retaining that chaotic feeling. It’s hard to properly discuss its animation quality via blog post (and also because I know very little about animation). Hopefully the screencaps convey enough of what I’m trying to describe.

I like GNOG’s sound design a lot. I don’t think it’s anything special, but it’s done really well.

For starters the sound effects are really satisfying to hear. There’s little clicks and various other sounds as you tinker around with the box, clicking switches, buttons, or levers. There’s also usually satisfying audio cues as you progress on with the puzzle.

I listened to the GNOG soundtrack on its own while I was doing work one day and to be completely honest, I liked it, but I didn’t find it as interesting as I remembered. The songs I ended up saving to my monthly playlist were Head Games and PURP-L. I enjoyed it a lot more within the context of the game. I was trying to think about why that was and I think a lot of the sound design relies on the musical and melodic sound effects that play and line up with the BGM. As I mentioned before, they’re really satisfying.

The best and most memorable example of music is, well…the music level (PURP-L). This level plays a lot with musical layering. I think layering may be present in other levels as well, it’s just more subtle. 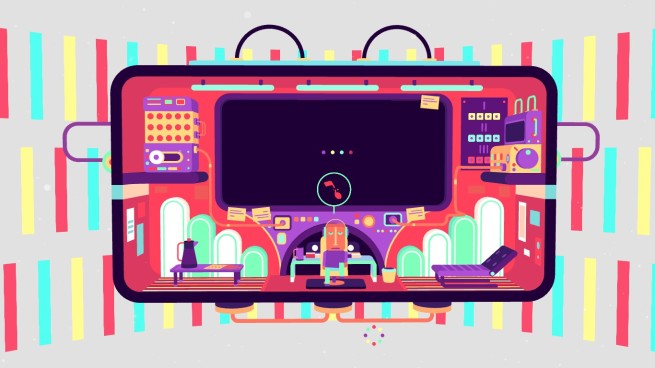 As you hit various switches, the music gets louder and more exciting, adding new tracks to the melody. If the wires are hooked incorrectly, that layer goes away, or is quieter. Once you hook it up correctly, then that track plays clearly again. This isn’t something you can really recreate in the OST (but I like the OST track enough anyway). This was one of my favorite levels.

At the end of every level, there’s a loud and dramatic “Yay! You did it!” type song that plays. I think it’s supposed to be that the faces are the ones singing this song to you, which is pretty cute.

I think this is the part of the review where the reviewer assigns a score to a game and/or gives it a recommended vs. not recommended tag. I don’t really want to do that because I ultimately think that it’s up to the reader to decide if it’s something they would be interested in or not.

But I’m putting this section here to address one thing that could be a deciding factor – the price. I obtained this game through the COVID-19 Humble Bundle, so I paid very little for it. Normally the price of this game is $10 (USD) on Steam. So, for reference, I 100%-ed game in 3.5 hours (finished all the puzzles and obtained all the achievements). HowLongToBeat lists the completionist time to be 2 hours. It’s a short game, which isn’t necessarily is a bad thing, but it’s something to keep in mind.

You can also play this game in VR, which seems really cool, but I don’t have any means to try that out. I can see it being a really fun VR experience.